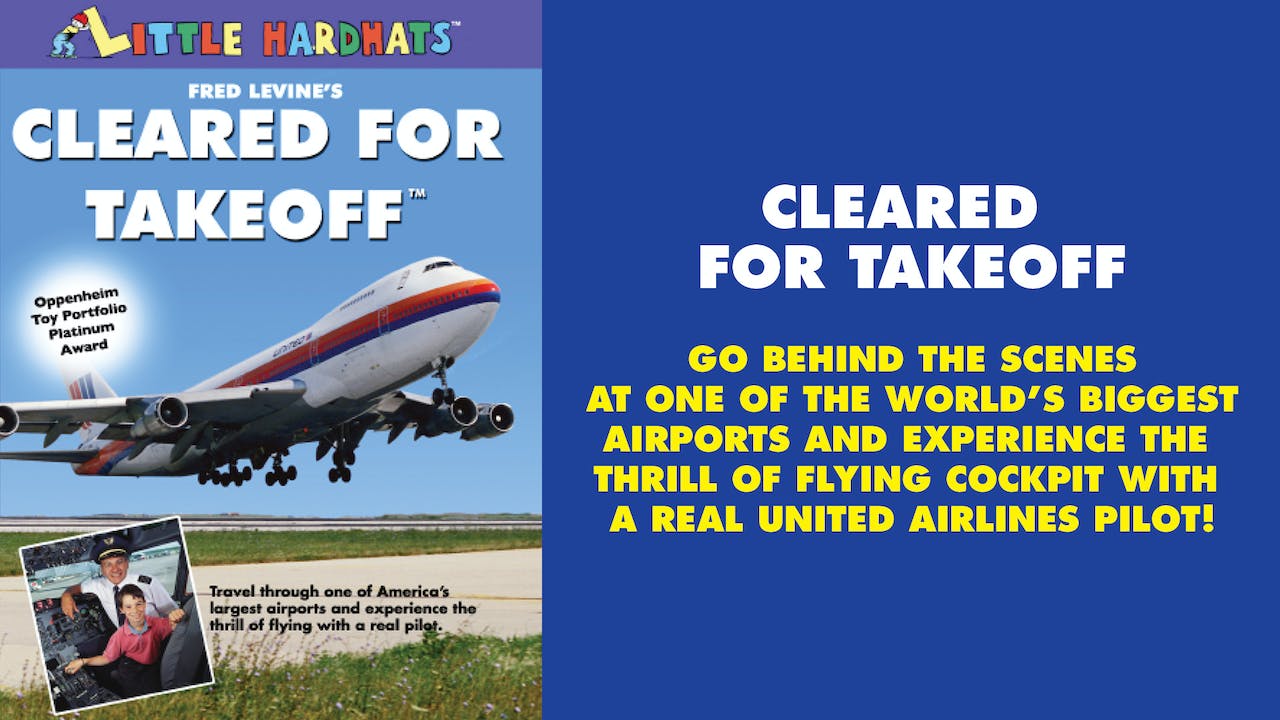 From the award-winning, critically-acclaimed originator of the big machine movie genre for kids, Fred Levine, go behind the scenes and travel through one of the World's biggest airports and fly in the cockpit with Captain Herb, a real United Airlines pilot! Go from the control tower to the takeoff and landing runway, watch the airport fire department training operations and much, much more! Produced in Levine's signature up-close and personal production style that earned Him widespread national media attention.